Autism is a severe disruption of the normal developmental processes and occurs in the first three years of life. It leads to impaired language, play, cognitive, social, and adaptive functioning, causing children to fall further and further behind their peers as they grow older. The cause is unknown, but evidence points to physiological causes such as neurological abnormalities in certain areas of the brain.

Children with autism do not learn in the same way that children typically learn. They seem to not understand simple verbal and nonverbal communication, respond differently to sensory input, and withdraw in varying degrees from people and the world around them. They show little interest in other children and tend not to learn by observing and imitating others. They become preoccupied with certain activities and objects that interfere with development of play.

Although children with Autism Spectrum Disorder (ASD) exhibit common behavioural challenges (e.g. communication and social) and excesses of stereotyped patterns of sensory behaviour, there are tremendous differences among children. For example, although many children have limited understanding and use of language, there are children with ASD who may be able to understand complex language, express their needs, or even converse. Their language challenge may involve difficulties of grammar or speaking in a robotic fashion. Children with ASD also demonstrate a variety of social challenges. Whereas some children may reject all social contact, there are children who are quite social. However, they may only be social with adults and have no interest in children. Or they may be interested in children but do not initiate or sustain interactions. Similarly, there are tremendous differences among children’s stereotyped patterns of behaviour. Some children may exhibit repetitive body movement while others line up objects, tap surfaces repetitively, or rewind a DVD to endlessly watch a particular scene. Some children may not demonstrate any noticeable motor stereotypes but have complex and obsessive rules.

The constellation of behaviours seen with ASD can be quite perplexing to parents and professionals alike. Therefore, a diagnostician with tremendous experience is necessary to make this complex diagnosis.

With the advancement in diagnostic tools, most children with ASD can be reliably diagnosed by the age of 3, although earlier diagnosis is possible, even as young as 12 months. Parents are usually the first to notice the difference in their child. These children do not follow the typical patterns of child development. Some of these differences are noted as early as the first few months after birth, but most often are noted between the ages of 1 and 3. Some parents report a sudden regression and onset of social withdrawal, while other parents report a lack of progress after the child has reached certain developmental milestones. In her paper, Practice Parameter: Screening & Diagnosis of Autism, Dr. Filipek, et al., listed some indicators warranting further evaluation:

The six items in the Modified Checklist for Autism in Toddlers (M-CHAT) that are found to have the best discriminability between children diagnosed with and without autism/PDD are:

Young children who are noted to have these symptoms urgently need comprehensive professional evaluation to rule out the diagnosis of ASD.

The US Centre for Disease Control, in 2007, reported a prevalence of Autistic Spectrum Disorder (ASD) at 6.7 children per 1,000, significantly higher than other conditions affecting children, including childhood cancer and Down’s Syndrome. Boys are affected by autism at a much higher rate than girls, for reasons that are not entirely clear. A similar pattern is seen in other childhood disorders such as Attention Deficit Disorder.

There are a variety of factors that appear to contribute to the increase in ASD. The diagnostic criteria for ASD has widened significantly over the years. Fifteen years ago if a child was conversational or affectionate, it was unlikely they would have received a diagnosis of ASD. More recently, there is an understanding that autism occurs in many forms and, therefore, children who present as “high functioning” should still receive the diagnosis of ASD. In previous years, many children received the diagnosis of mental retardation; however, today these children are properly diagnosed with ASD. Another factor contributing to higher reported prevalence is the increased availability of diagnosticians who are qualified to provide an appropriate diagnosis. Finally, due to massive media attention, there is a greater awareness of ASD among parents and professionals.

The notion of “recovery” was first described in the work conducted by Dr Ivar Lovaas and colleagues at UCLA. Nineteen children received intensive and comprehensive intervention based upon Applied Behaviour Analysis (ABA). Follow-up evaluations showed that nine of these 19 children successfully completed first grade in regular education classes with no support and IQs improved an average of more than 40 points, and were slightly above average. Six years later, Dr John McEachin, a co-founder of Autism Partnership, conducted an extensive follow-up study. It showed intervention gains were maintained since the end of intervention and they achieved scores similar to their peers in measurements of IQ, adaptive skills, and emotional functioning. Seven of the nine had continued to progress in regular education classes. These children were classified as ‘best outcome’ and also referred to as “recovered”.

Many people disagree with using the term “recovery” in reference to children with Autism Spectrum Disorder (ASD). This is partly due to a lack of belief that children can actually progress to a level of functioning where they become indistinguishable from their peers. We are careful not to use the word “cure” because that term implies that the cause has been identified and removed. 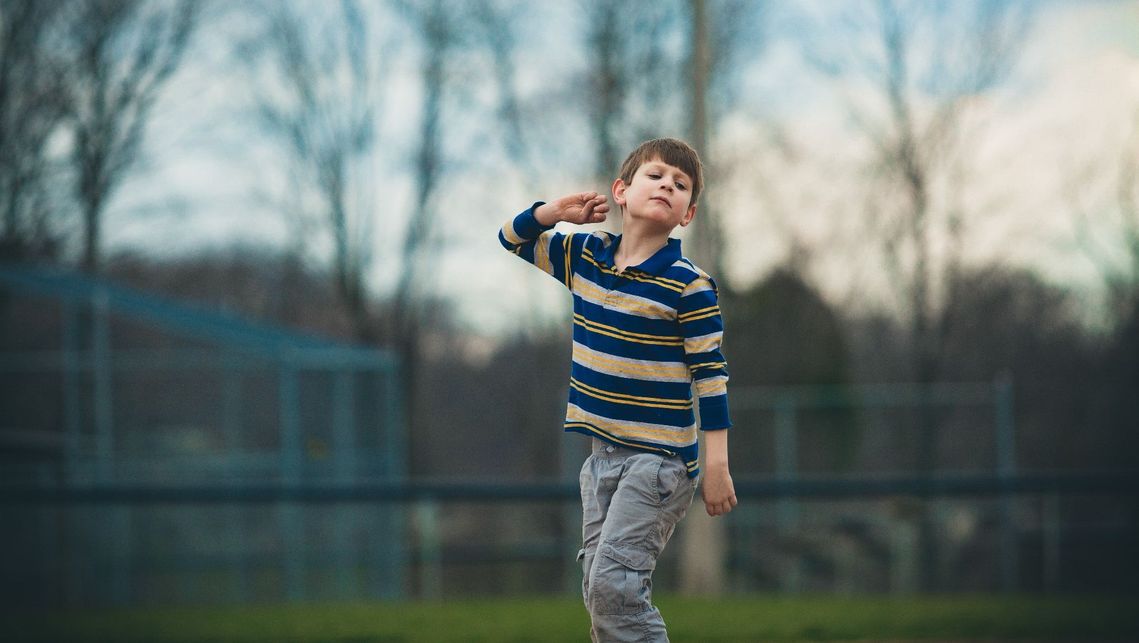 A second reason why people object to discussions of recovery for children with ASD is a fear that it will cause parents to become desperate in their quest for successful intervention of their child’s disorder. Parents are often over-optimistic about their child’s progress in interventions and can set themselves up for incredible disappointment and heartache. If one examines the Lovaas studies, it is clear that the majority of children did not completely recover, despite having received intervention under optimal circumstances, i.e. they began intervention before the age of four and received intensive intervention that continued as long as necessary in all environments by well-trained staff. Less than half of the children were able to successfully complete regular education on their own.

At Autism Partnership, we believe expectations need to be balanced. Parents need to have hope because intensive behavioural intervention is demanding and requires hard work for a long time. But we think the goal of intervention is for each child to obtain “his/her own best outcome”, and we know this is achievable. It is no different than it is with our non-ASD children – when they are young, we cannot know what they will grow up to become – a pilot? Doctor? Chef? We have to be satisfied knowing that they have become the best person they can be, that they are happy and productive, and that they will make good choices for themselves. 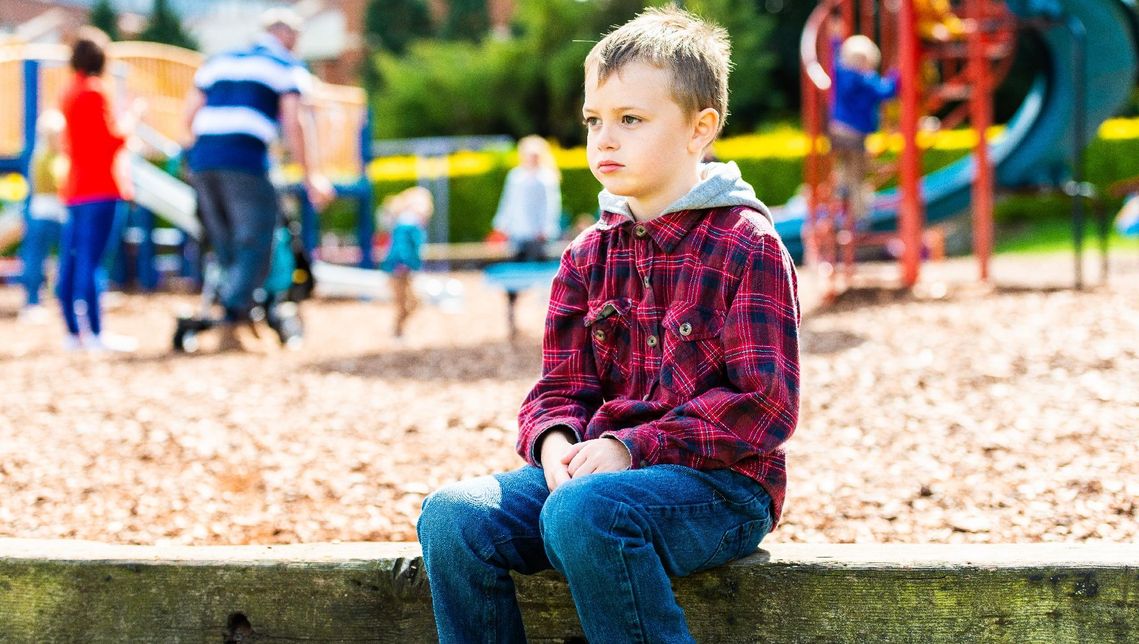 Of course, there are things we can and should do to enable best outcome. For children with ASD this means not only making sure they get the proper number of hours of intervention, but from the Lovaas 1987 study, we also know there are a number of factors that contribute to successful outcomes. We consider the following factors the most important:

All of these factors together constitute the “proper” dosage of intervention. If these elements are not included, then prognosis may be lessened. It is similar to going to a physician and asking what needs to be done to get healthy again after suffering from a serious medical condition. The same is true for children with ASD. When children who need 30 hours of intervention on a year-round basis only receive 10 or fewer hours of intervention for 38-40 weeks per year, or are receiving education from those who are not specialists in ABA or receiving a regime of unproven eclectic approaches, it is highly unlikely that the child will reach his/her potential.

It is not our intention to cause distress to parents when we make recommendations that are difficult to follow, even though we know that can happen. We believe it is our obligation to provide parents with accurate information so that they can make informed decisions. We think this is ultimately fair, kind, and ethical. We also want parents to be realistic about the outcome that is attainable. In our opinion, parents should not undertake intensive behaviour intervention if recovery is the only acceptable result. Obviously every parent would like their child to become indistinguishable after intervention, but what we should be aiming for is to have the child fully achieve their potential, whatever that may be. In other words, aim high, but know that you might not reach the target.

Although a child may always have behaviours associated with ASD, ABA can still provide the best opportunity to develop life skills and, therefore, greatly enhance the quality of children’s lives. Dr Lovaas’ research clearly showed that the eight children who attained an intermediate level of outcome benefited substantially from intensive ABA and fared much better than if they had not received intervention. Even the two children who remained nonverbal at the end of the study most likely have a better quality of life than if they had not received intervention. One could certainly say that all of the children achieved the outcome that was the best they were capable of, even though the majority did not “recover.”

The cause of Autism Spectrum Disorder (ASD) is unknown, although unproven theories abound. Autism is a complicated disorder, and most likely a set of disorders for which easy answers to the cause are not likely to be found. It is now clearly understood that it is not an emotional disorder, as some of the early clinicians believed (e.g. Kanner, Bettelheim). The one theory that does have strong scientific evidence is that genetics can contribute to the occurrence of ASD. Studies show the concordance rate for identical twins is much higher than for fraternal twins, and ongoing research is beginning to identify genes that may put an individual at risk. 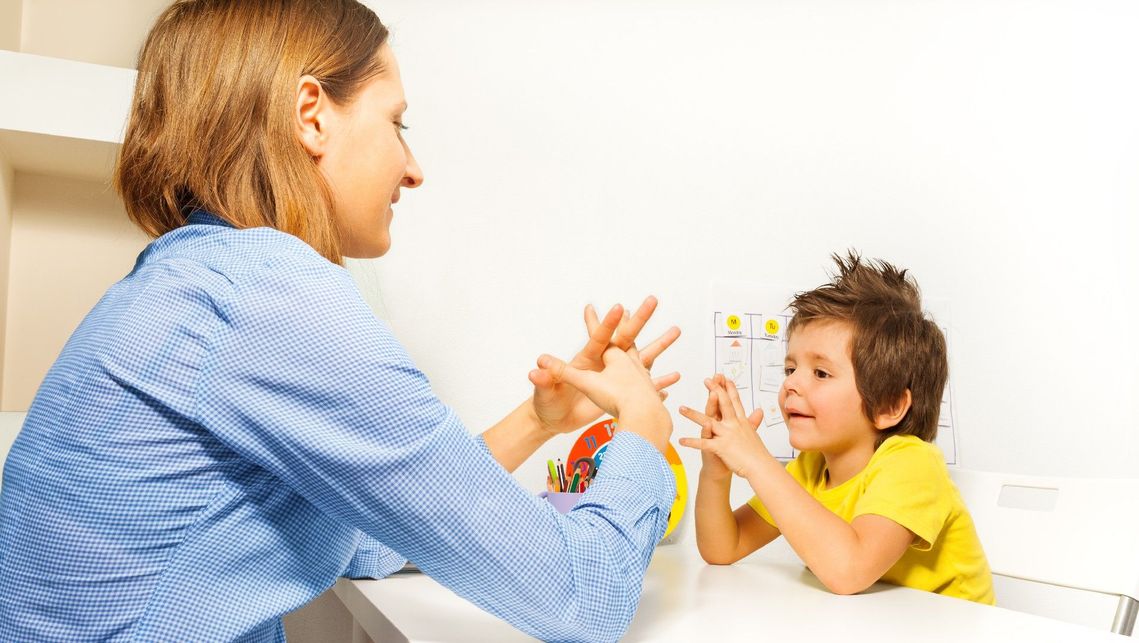 In the last decade, there has been increased theorising about the role of environmental toxins and vaccinations, but there is no convincing evidence that ASD is caused by either of these. With or without the use of the preservative Thimerosal, there are numerous scientific studies showing no association between vaccines and ASD. Moreover, there is not one scientific study that has shown a causal link. Adherence to these speculative beliefs is tragic because many more children are harmed by not receiving life-saving vaccines. Unsurprisingly, we are seeing increases in these illnesses that can be prevented through childhood vaccination.

Finding the answer will require long-term, painstaking, rigorous, and sophisticated scientific investigation. Professional responsibility and ethics demand that care be taken not to over-speculate, misrepresent, nor present mere hypotheses as facts about the causes of autism.

Get in touch with us for further information on autism spectrum disorder.